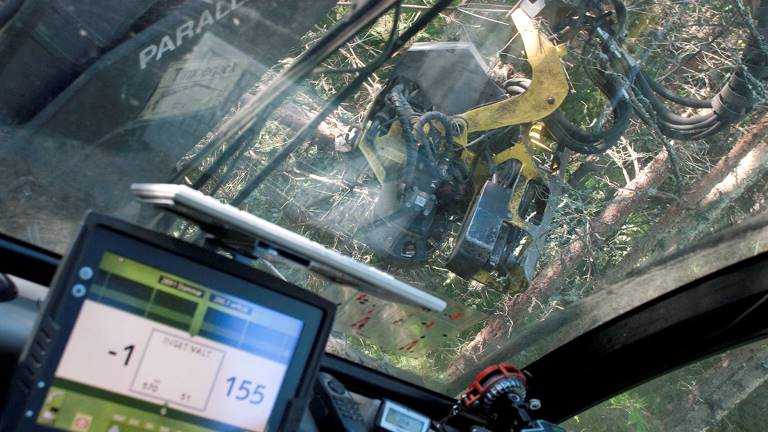 StanForD is a standard for communication between computers in forest machines. Skogforsk is responsible for the development and maintenance of the standard.

StanForD is an abbreviation for Standard for Forest machine Data and Communication.

Today StanForD is used in several countries and constitutes a de-facto standard even though it has not been afforded any official status. The application of the standard extends to all types of data communications with forest machines.

The old StanForD mainly comprises a data standard and a file-structure standard, but a Kermit-based communications protocol or standard for connecting a PC or data recorder to the machine computer on the harvester is also included. The usefulness of this part of the standard will diminish in pace with the growth in wireless data communications. Observe that no updates has been implemented since 2011-11-09.

A project to develop a new standard version based on xml was started in 2006. The new StanForD2010 was decided during the spring of 2011. StanForD2010 is further described under StanForD2010.

Skogforsk is responsible for the development and maintenance of the standard and receives financial support for this work from the manufacturers and Swedish forest enterprises. Most of the work is done by the StanForD secretary.

Representatives of the manufacturers and forest enterprises are welcome to attend the StanForD meetings, which are held twice a year—usually in Uppsala (Sweden) in April and October. Prior to these meetings, the individual countries usually hold their own meetings to discuss possible developments that could be put to the StanForD meeting. If new variables are needed, anyone may propose them by getting in touch with the secretary. New elements or attributes are considered at the meetings and, after approval, are added to the xml-schemas.